On this 4th of July I’d like to share some incredible statistics about the United States Women’s National Team for Soccer. They have been an amazing mark of consistency ever since winning the first World Cup for women’s soccer in 1991 which covers a span of 25 years. Here’s what they’ve done during this period of time.

Since 1991 they have competed in 12 major competitions in the World Cup and Olympic games. They have become champions and gold medalists in 7 of those 12 tournaments with 2 runner-up and 3 third place finishes. Checkout the results in this listing of all competitions.

The two runner up finishes were heartbreaking and controversial. In the 2000 Olympic gold medal match, Norway won on a goal they scored thanks to a handball. See image below. 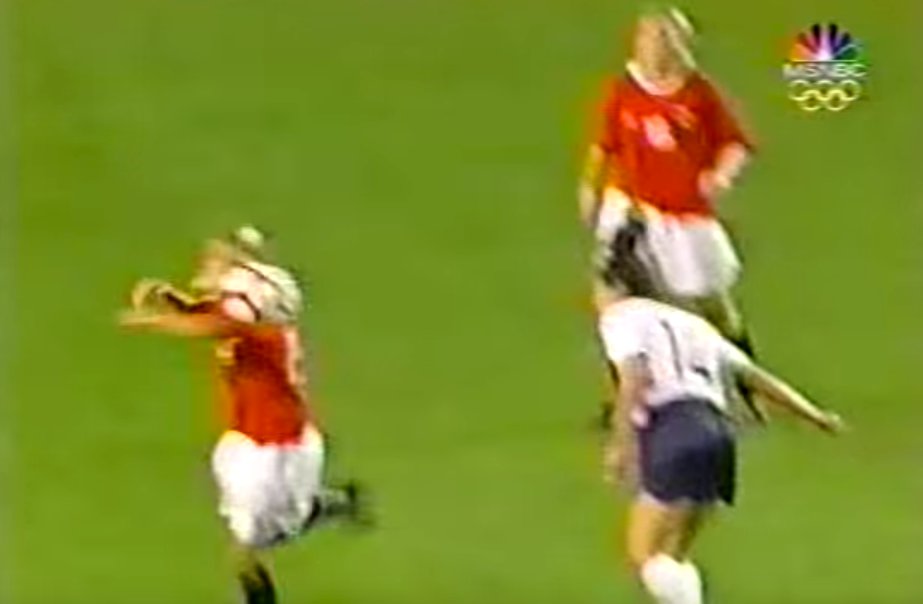 The other heartbreaker came in 2011 when Japan stole the World Cup by tying the USA twice late in the match and then won the penalty Shoot-out when the USA missed 3 kicks. However, the shocking loss inspired the women to come back with a vengeance and they got revenge the following year at the 2012 Olympics when they defeated Japan 2-1 for the gold medal but not before almost blowing it again as goalkeeper Hope Solo had to make a miraculous save at the end of the match to save the gold medal. 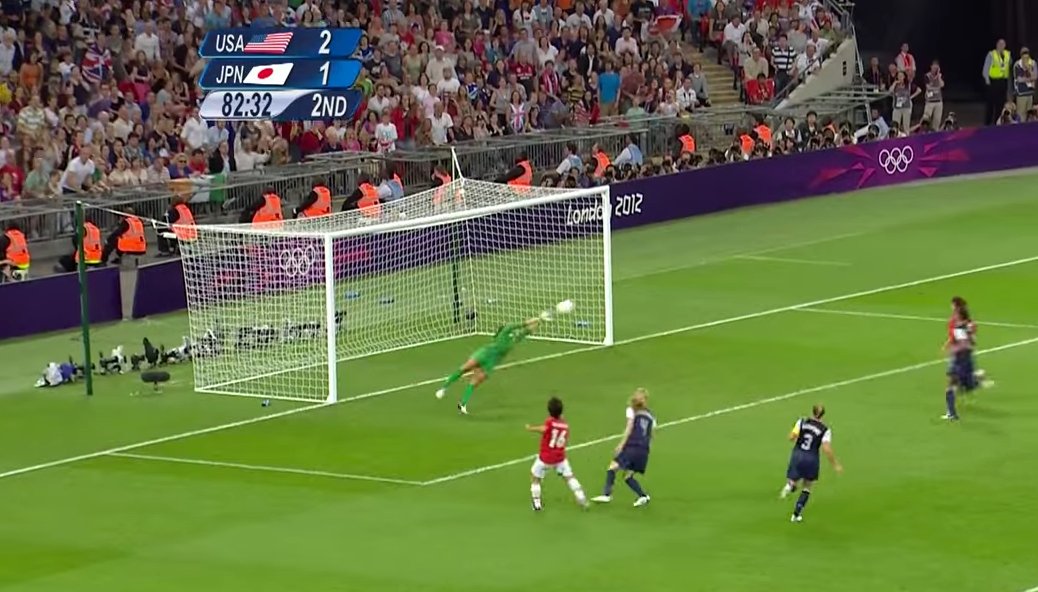 Team USA also found redemption at the next World Cup in 2015 when they faced Japan once again but this time there was no doubt as the US destroyed them 5-2 after going to an early 4-0 lead.

The USA squad have also dominated other tournaments such as the Algarve Cup which is a global invitational tournament for national teams in women’s association football hosted by the Portuguese Football Federation (FPF). Held annually in the Algarve region of Portugal since 1994, it is one of the most prestigious women’s football events,[70] alongside the Women’s World Cup and Women’s Olympic Football.

Team USA has competed in 20 of these tournament and they have won 10 of them!!! 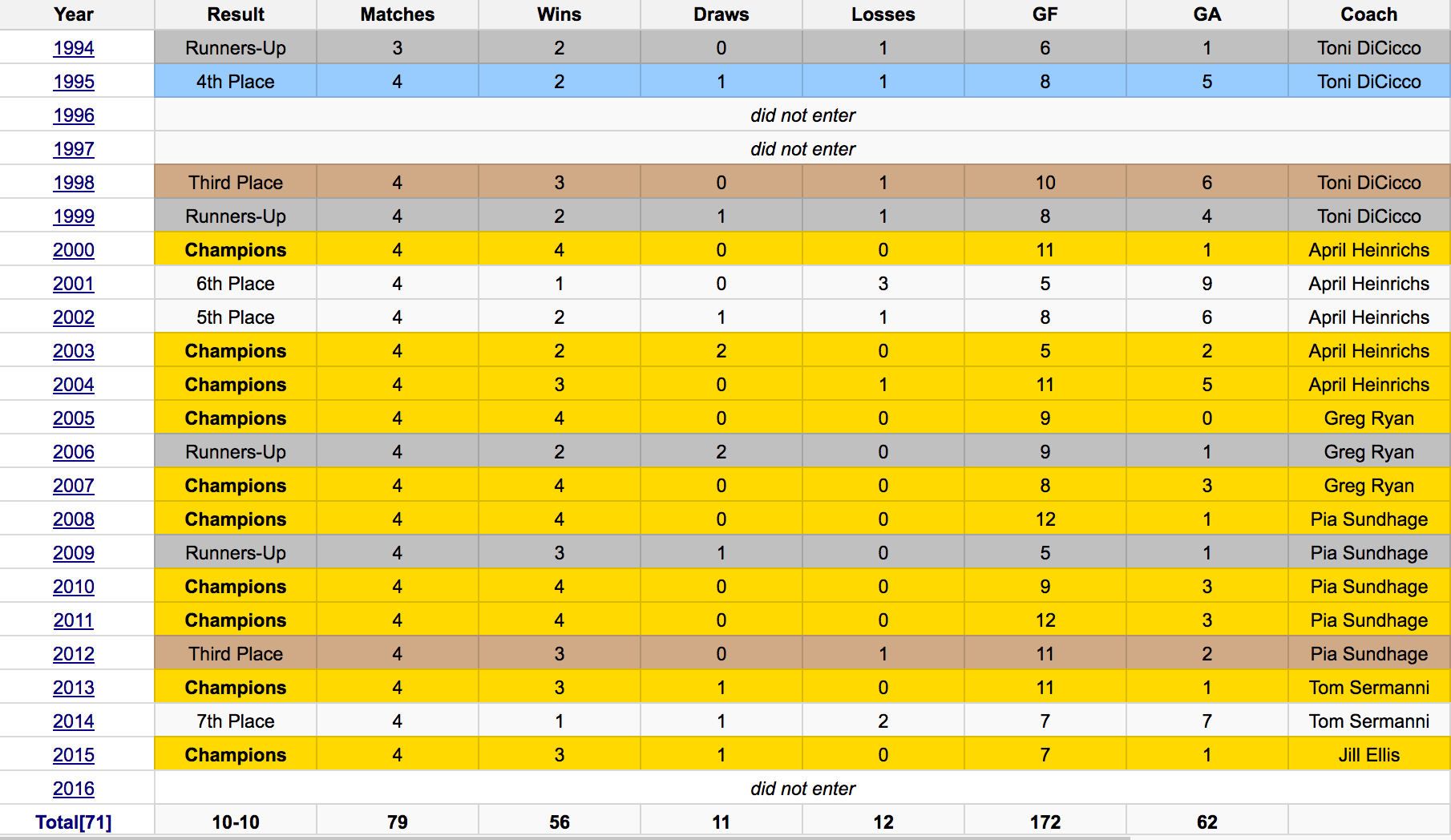 Their record at the CONCACAF GOLD CUP Tournaments is even more impressive where they’ve won 7 of 8 competitions!

Here are the results from all of the competitions in chronological order. The numbers are staggering. The US Women’s National Team have won 25 tournaments out of the 41 they have competed in over the last 25 years! Also take note of the win-lost percentage. Out of 188 matches versus the world elites the USA has only lost 19 matches over 25 years! Wow! 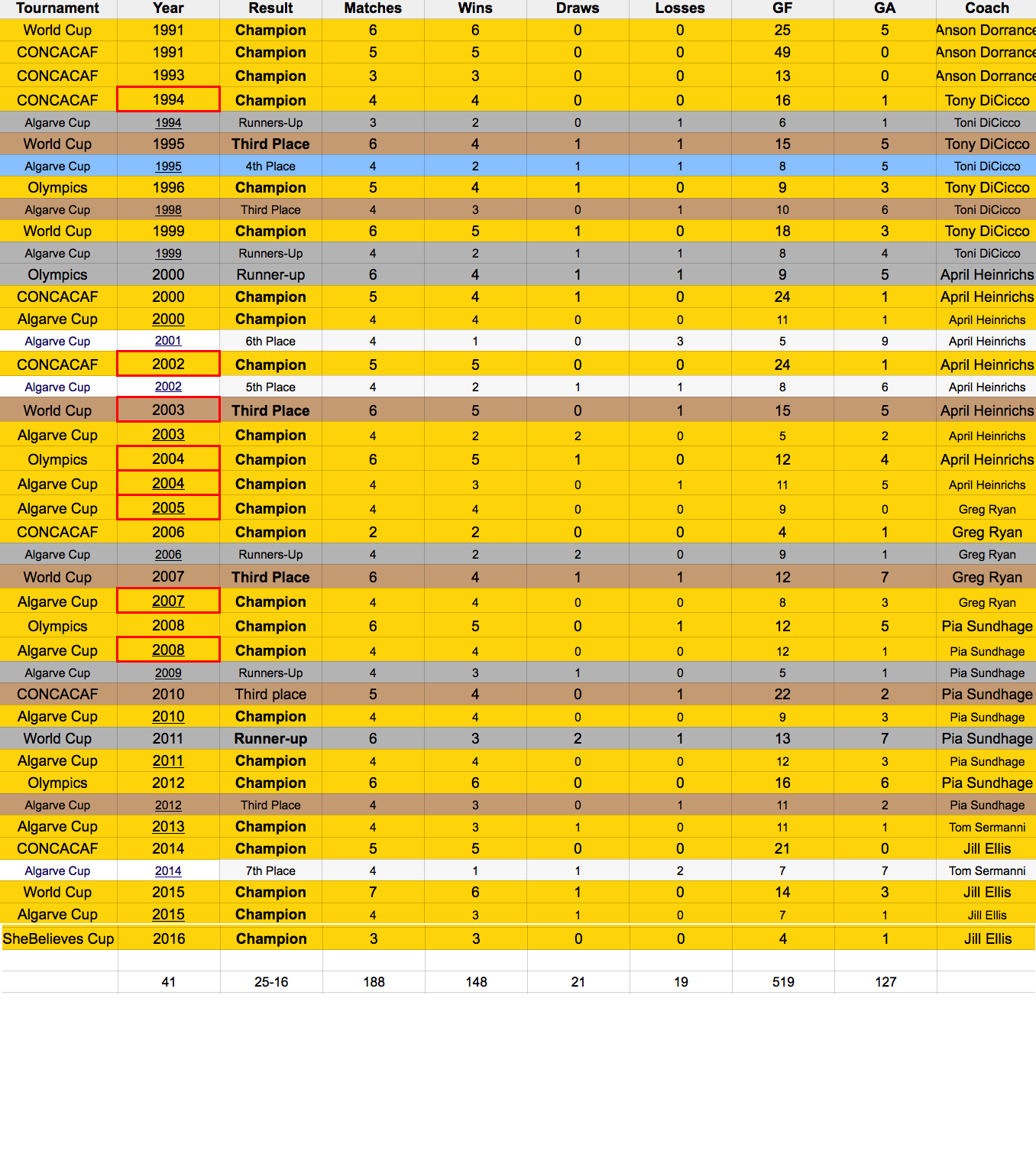 Here’s a video playlist that I will maintain with videos of the US Women’s National Soccer team. It will includes all of the classic victories through the years going back to 1991 all the way up to 2016 with the recent SheBelieves Cup. I hope you enjoy it.