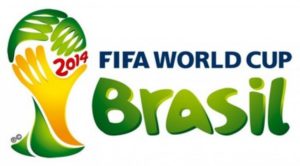 The 2014 World Cup was a fantastic spectacle even though my two favorite teams (Italy & USA) didn’t go very far. My homeland Italy failed once again to get out of the group stage despite winning its first match vs England 2-1. They lost their next two matches to Costa Rica 1-0 and Uruguay 1-0. The offense disappeared and when they just needed a tie with Uruguay in order to move on they lost a man to a red card and gave up a goal with under 10 minutes to go which was a heartbreaker.

USA had a better tournament though. Despite being in what was termed the group of death with Germany, Portugal and Ghana they somehow managed to make it to the sweet 16 knockout stage. They achieved this by beating Ghana in an exciting thriller with a late goal. They tied Portugal 2-2 after blowing their lead with seconds left in the match. They lost to Belgium 2-1 in extra time but it could’ve been much worse if not for the heroics of the incredible goalkeeper Tim Howard who made 15 saves. He finally gave up two goals to make it 2-0 then the USA scored a late goal to make it interesting and nearly tied it but they just missed an easy chance.

Once my two favorite teams were gone, I began to pull for other teams and route against others. Since the Netherlands have never won a World Cup despite making three finals, I wanted to see them go all the way. The other thing I wanted to see happen more than anything else (even more than seeing Italy win again) was to see Spain finally lose!!! They had won the 2010 World Cup on sheer luck with a series of 1-0 games. They did the same with EuroCup 2008 and 2012. So you can only imagine the sheer joy I experienced when Spain lost their first game 5-1 to the Netherlands!!! It was the biggest shock of the tournament (until the semifinals anyway). The dream was complete when Spain lost to Chile in its next match 2-0 and they were officially eliminated! It was the end of the so-called golden era. I was so happy I wanted to cry with joy. I was so tired of hearing people say how great they were when they couldn’t even win back to back World Cups like Italy and Brazil have done before.

I was enthralled by Netherlands exciting come from behind win against Mexico in the sweet 16. Time was almost out when the Dutch tied the game and then got a gift PK in injury time to win it. Mexico and its star goalkeeper Ochoa were ripped off by the dive by Robben. It turned out to be the last goal they would score as Netherlands couldn’t score on Costa Rica and had to win on PK shootout and then couldn’t score on Argentina who finally sent the Dutch home in PK shootout.

Germany squeaked by France 1-0 in the other quarterfinals and then came the shocker. Germany destroyed Brazil 7-1 in front of a stunned home crowd of Brazilians who fully expected to win the World Cup. It was 5-0 by the 29th minute and Germany took the foot off the gas pedal.

The final was exactly how I feared it would turn out to be… a scoreless battle that would head to PK shootout where Argentina would win. I didn’t want them to win because I didn’t like Messi and the rationale for the dislike was stupid. I hated Spain and Barcelona so much that I also hated anyone that played for them and that include the great Messi. I also hated Argentina because of what happened in the 1990 World Cup which was hosted by Italy. We were clearly the best team as we breezed through the first 5 matches without giving up any goals! Then we faced Argentina in the semifinals and we lead 1-0 going into second half….and then a fluke play happened in front of the Italian goal and we gave up a goal for the firs time which tied the match. We then went to PK shootout and lost! I hated Maradona for enjoying it so much and for scoring a PK too. I was so happy when Germany defeated Argentina 1-0 in the final and especially how they did it…with a last minute penalty kick! I felt some vindication as I watched Maradona crying.

Fast forward 24 years and Germany defeated Argentina in the finals again 1-0 but this time over the great Messi instead of Maradona. I don’t think the criticism Messi is getting is fair at all. He took a marginal team all the way to the finals and almost won it! This is a team sport and Messi needs more help like Maradona had. All the greats needed help like LaBron, Michael Jordan, Kobie, etc.

So now Germany has 4 titles along with 4 losses in the finals. Italy also has 4 titles but with 2 losses. Brazil has 5 titles and 2 losses. Uruguay and Argentina have 2 titles, France, Spain and England have single titles totaling 20 World Cups.