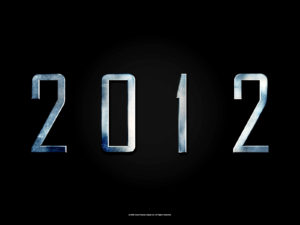 Here were some of my favorite things of 2012 in movies, music, TV, etc.

I still haven’t seen most of the best movies released this year so they won’t make this list (i.e. Les Miserables, Silver Linings Playbook, Cloud Atlas, Lincoln, Zero Dark Thirty, etc.). Here are my favorite movies that I did see that were released in 2012.

Gotye “Somebody that I used to Know” was an international phenomenon that scaled the charts in dozens of countries including the USA. It finished number one on Billboard Magazine’s Hot 100 songs of the year, edging out the annoying “Call Me Maybe”.

Another favorite song for me that also achieved international success was “Don’t You Worry Child” by Swedish House Mafia.

The Neon Trees are wonderful, especially the front man. He is an amazing performer. I loved “EVERYBODY TALKS” which slowly but surely climbed the charts into the top 10.

I’m a big Linkin Park fan so I was thrilled with their “Burn it Down” song and the cool video!

Mad Men was still by far my favorite TV show of the year. Even though it failed to win its 5th Emmy in a row for Best Drama (Ripped off by the way!) I still believe it’s the best show on TV today. Here’s one of the most popular segments from season 5 when Don Draper’s wife sings a song for him. I grew to like her. 🙂

I’m still a fan of American Idol and enjoyed season 10 as one of my favorites (a local from Georgia) won it all, Phillip Phillips. I predicted he would win the first time I saw him in the early auditions. Here’s his finale performance of HOME.

Another favorite for me was Colton Dixon who made it to the top 7. Here’s his version of Piano Man.

As you might know, I love technology so here were my favorites of 2012.