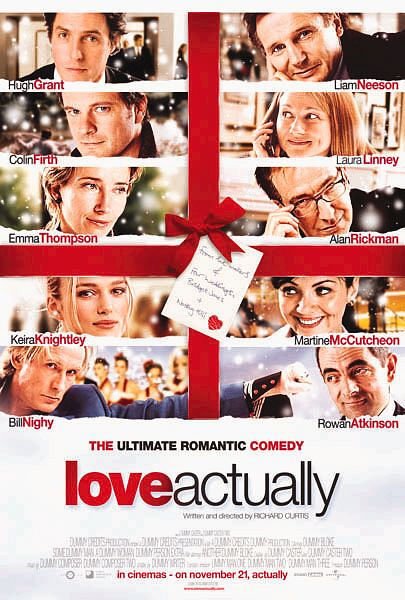 Despite some awful moments, I still love “Love, Actually” (2003) which is celebrating its 10th anniversary. It’s become a Christmas regular treat for me. There are so many wonderful love stories woven throughout the movie.

My Favorite Storylines
I really enjoyed the scenes between the writer Jamie (Colin Firth) and his Portuguese maid who I found very beautiful and sweet. Their ability to communicate despite not knowing each other’s native tongue was very cute. I loved how their storyline culminated too!

I loved the storyline involving Mark and his best friend’s new bride played by the stunning Keira Knightley. The scene where he reveals his affections for her with large cue cards is classic but my favorite scene in the whole movie is when she watches the video footage he took of her wedding and realizes that he loves her.

The Emma Thompson and Alan Rickman storyline was excellent and handled with great care unlike other storylines here. In an emotionally gripping scene Emma Thompson discovers that her husband has been unfaithful to her and plays Joni Mitchell’s “Both Sides Now”. Emma’s acting is sublime throughout this movie. What she tells her husband later on is powerful and unforgettable.

Here are some of the negatives from the movie
I hated the insulting portrayal of the US President by Billy Bob Thornton which was obviously based on Bill Clinton. The writer-director Richard Curtis also slipped in his own political jabs against his country’s prime minister (Tony Blair) support of the USA and our Iraq involvement which was very annoying. I think these political statements only harmed the otherwise good vibes from the movie. It just didn’t belong in this type of film. I just ignore it because everything else was so good.

The boy running thru the airport might have seemed like a precious idea on paper which Curtis was writing the screenplay but after the events of 9/11 this was rather stupid. If a boy ever tried this in real life then I assure you that it would have had a bloody end for sure. There’s no way he would have made it as far as he did.

The storyline involving Laura Linney and her unrequited love for a colleague was a complete and utter disappointment. I mean it was setup well and it could have been so great but for whatever reason the writer decided to destroy it if for no other reason than to counter balance all of the other happy endings. The notion that she would deprive herself of love and happiness because of her unbelievable loyalty and devotion to her brother who had mental issues was disingenuous, illogical and insulting to the intelligence of the audience. All she had to do was tell the bloke the dealio and then let him decide if he can handle it all. Instead we get this hackneyed half-baked storyline. A total misfire.

The storyline with the couple who meet as actors in adult films was so-so. I didn’t like and I didn’t dislike it. I just endure it.

I didn’t like how the writer handled Liam Neeson thread. Yes, the funeral scene was good and he was a good dad trying to help his son deal with his crush but the scene where he runs into model Claudia Schiffer was rather lame attempt at giving him a love interest. Whatever. Another misfire.

I hated the storyline with the ugly english guy who decides he just needs to go to America in order to get laid. Yes, Richard Curtis manages to insult not only all British women by stating they are all “Stuckup” but also all American women by insinuating that they will simply spread their legs as soon as they hear an english accent. Really? Wish I knew this when I was a young man! What a total misfire here too.

Here are several of my favorite scenes.
First, the trailer.

Jamie goes to Portugal to propose to Aurelia

I love this scene most of all!

Christmas is all around us

The professing of love scene 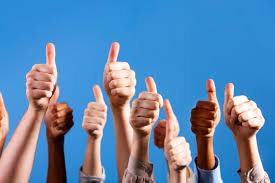