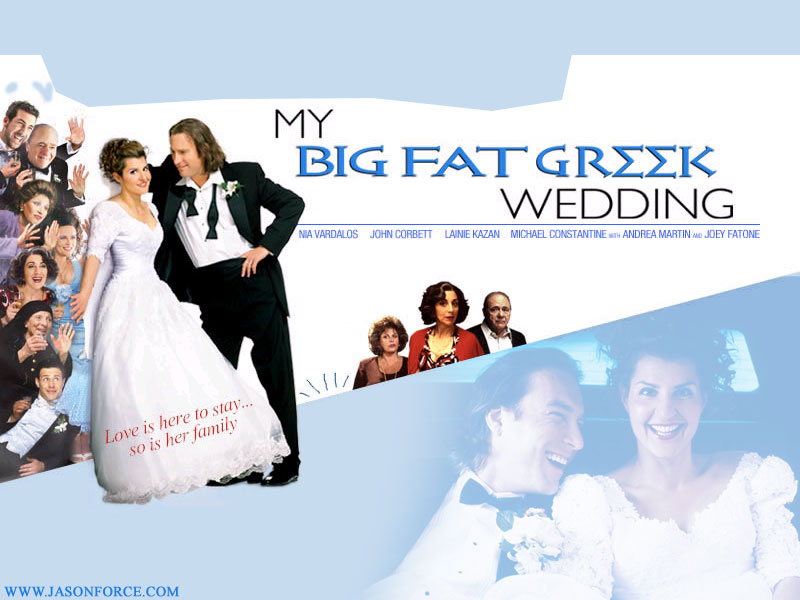 Well, I finally saw this year’s biggest sleeper hit movie, “My Big Fat Greek Wedding”.
I did not think there was any way possible for it to live up to all the hype, but was I ever wrong! I truly loved this movie. It was consistently hilarious and touching, alternating between the two emotions perfectly. It’s a tough thing to do in film…to both entertain and move people, but this movie did it wonderfully!

I think part of its charm and appeal is its universal theme of love and family. It speaks to all of us, not just greek people. I am Italian and related so much to these characters.
I am sure the same can be said for other nationalities across the board.

The other thing that I liked about this movie was the fact that they chose to use the woman who wrote the story to play the lead character. She is not the standard Hollywood beauty (such as Sandra Bullock), which makes the movie all the more real and believable and ultimately better. As a matter of fact, she starts out rather homely and pathetic, but gradually blossoms into a beautiful and happy woman. It is so well done too.

Another side note is that many of this woman’s real life relatives are in the movie.
Her real life husband is in it as well. He plays the leading man’s best friend, so in essence, he is playing his own bestfriend?

Without spoiling anything from this gem of a movie, I have one word to keep in mind while watching it: WinDex! (You will understand what it means once you watch the movie!)