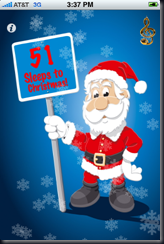 It’s no secret that this is my favorite time of the year. I LOVE the holiday season. I get geeked up (more so than ever) starting around Halloween and it all builds around Thanksgiving and intensifies there after. Soon after turkey day is when I start decorating the house for Christmas inside and outside. Here are some pictures and stories behind the traditions. As you can see on the right, I started my Christmas countdown on twitter from my iPhone early. 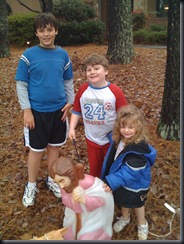 I got all three kids to help me this year so Santa Pai had elves! Nicholas is 9, Matthew 5 and Rachel 3. She was extremely excited to help out because it was her first time to do so.

We started with the large-sized nativity scene which includes the three wisemen, a shepherd, some animals and of course Joseph, Mary and the baby Jesus. Next to the baby Jesus is a spot that shines a light into the branches above them into the night.

The other staples are the massive lit wreaths that I hang on both sides of the front of the house as well as a enormous red ribbon that I hang over the front door walkway of the house. I use a red spotlight to highlight the ribbon at night which looks great. There’s also a dozen large candy canes that line the walk to the front door.

Here are some photos of everything. 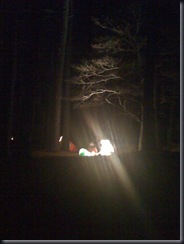 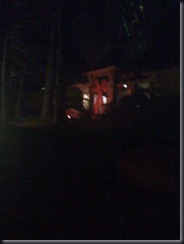 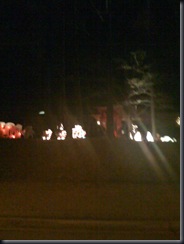 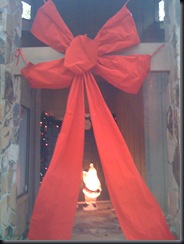 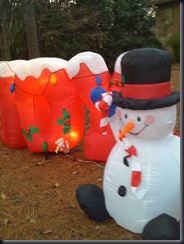 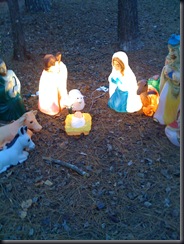 I also enjoy changing the flags outside all year round depending on the season. We do it a couple of times during the holidays of course. Here are some of them. 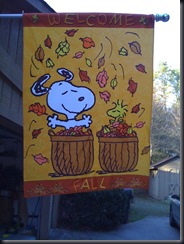 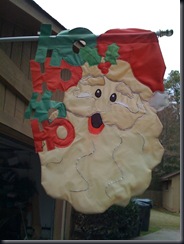 Inside, there are other traditional decorations. We got a new pre-lit tree because the previous one was actually way too big! The new one is perfect and looks more full. We hang ornaments that all mean something like baby’s first Christmas for each child and one for each year of their life as well as for ourselves such as our first house, the Olympic games in Atlanta, etc. etc.

As for me personally, my favorite movie of all-time is Frank Capra’s “It’s a Wonderful Life” so I collect everything about that movie. I have books, ornaments, posters, action figures, and even the rare collectable set of buildings and figures that Target sold a decade ago for a limited time. Here are some photos. 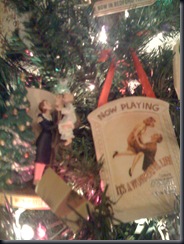 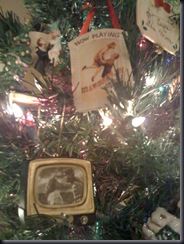 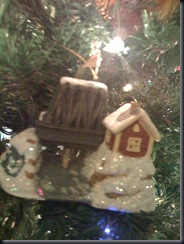 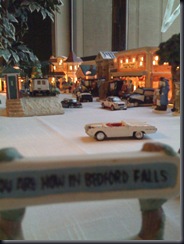 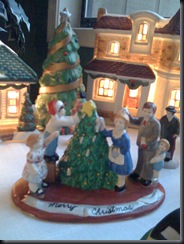 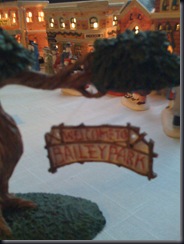 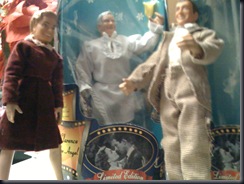 Other traditions are the Elf on the Shelf which we call Elfish (like Elvis). He appears in a new spot every morning magically so the kids get a kick out of finding where he is when they get up. It’s magic I tell ya! We also use this tin Santa to count down each day starting from 24 days out. The kids pull a heart-shaped number off each day and place it in his toy bag. 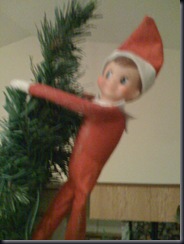 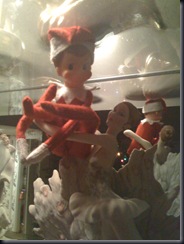 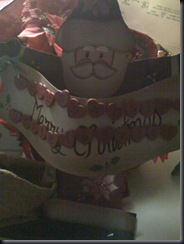 So there you have a taste of a very Pai Christmas. I cap it off every year by watching It’s a Wonderful Life as well as a couple of Christmas Carol movies. I love the 1951 Alistair Simm version the best but love all of the renditions including the awful ones like Henry “The Fonz” Winkler as Scrooge in “An American Christmas Carol”.

In any event, I love Christmas time like everybody does. I try to savor each and every moment that I can because like life it all flies by so quickly. Before you know it, the entire Holiday season is gone. I do my best to enjoy as much of it as I can. I also try to keep that Christmas spirit all year long much like Ebenezer Scrooge supposedly did after his experiences with the ghosts of Christmas. I love how people seem happier and kinder during the holidays too. I truly wish we all could make it last longer. If not all year long, as often as possible. 🙂