This is one of my favorite quotes. It’s one of the reasons why I decided to stop being a critic (reviewer) of startups as I did when I wrote hundreds of pieces for awesome resources like Mashable, GigaOm, Appolicious, etc. and now I’m getting into the arena myself with a new firm called Applanta where we are about to launch not one but two new apps and startups.I have a whole new respect and appreciation for everyone who has ever decided to create something from scratch and for every startup. Whether or not the venture is labeled a success does not matter..because not trying would have been the greatest failure of all for me. Thus, it’s already a win-win for me. 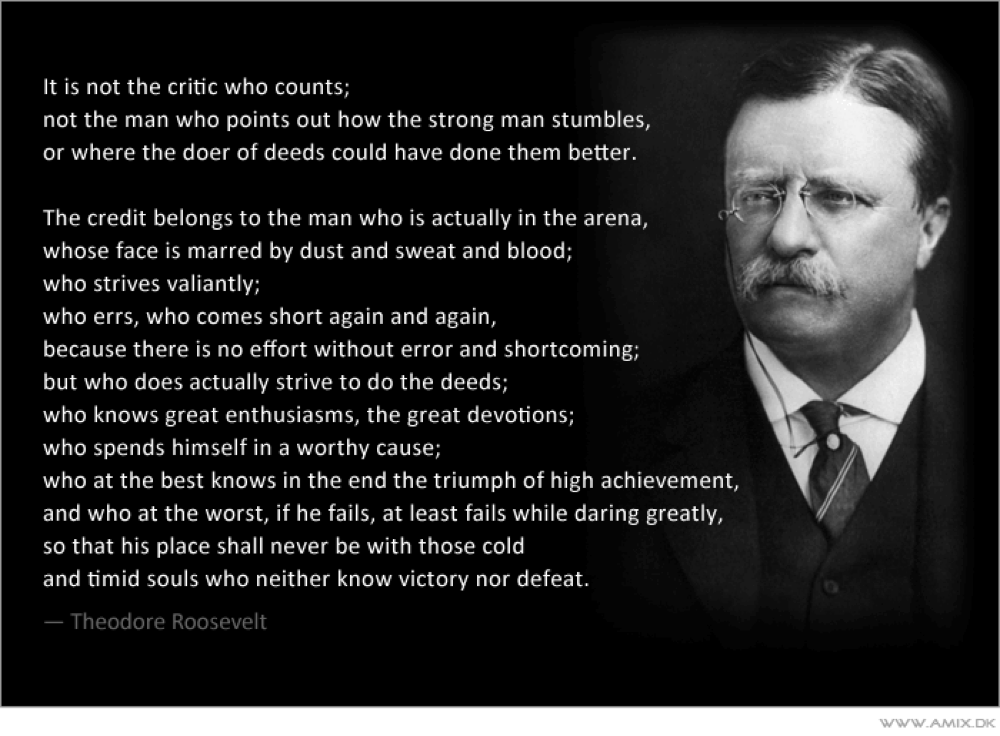