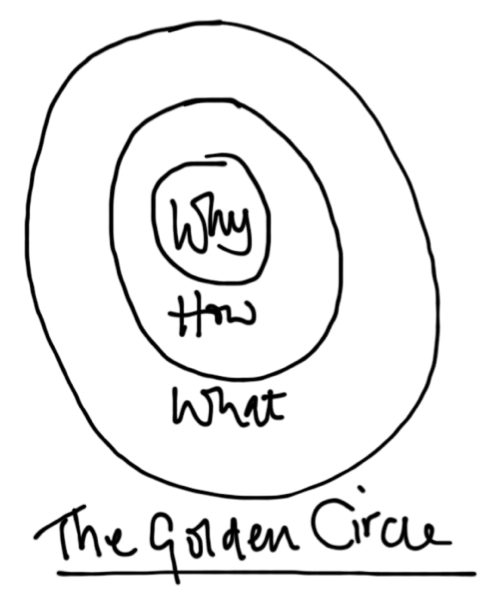 I was blown away by Simon Sinek‘s brilliant presentation of The Golden Circle which is part of his book “START WITH WHY“. It impacted me in a profound way that’s difficult to explain. In this amazing 18 minute TED talk, he gives solid, concrete examples of people and brands that prove his idea of Why, How and What (which he calls The Golden Circle). He uses Apple, Martin Luther King Jr. and the Wright Brothers to perfection in illustrating his points. In each case he explains how they were different than everyone else but still shared the same formula for success. This method of operating from the inside-out instead of the normal outside-in approach makes all the difference in the world.

The other amazing moment is when Simon points out that this isn’t based on his opinion but actually on biology. He then shows how the Golden Circle matches perfectly with the pathology of the human brain. The three sections of the brain correlate perfectly with the Why, How and What sections of the Golden Circle. The Why center being our emotional core…and the reason why we go with our gut feeling despite all facts and figures supporting the What aspects of a decision. It’s an amazing realization. He says “People don’t buy what you do, but why you do it” and “The goal isn’t to do business with everybody who needs what you have, the goal is to do business with those who believe what you believe”.  This is the key to creating loyalty which is the holy grail in business.

The Wright Brothers story was also fascinating. Simon explains how the pursuit of flight at the turn of the 20th century was much like the dot com buzz of this era. Everyone was after this goal including someone named Samuel Pierpont Langley who had a great deal of funding and access to the greatest minds of the time and yet two brothers with little education and finances were able to make history with their plane. This was because they were able to get people to work for them not for the what (money) but for the why (they believed in their vision of flight and why it was a noble cause).

Also captivating was the part about “The Law of Diffusion and Innovation” where Simon talks about the different types of people. There are the innovators (2.5%), early adopters (13.5%), early majority (34%), late majority (34%) and the laggards (16%). I laughed when he said the laggards are the ones that get touch tone phones only because they stopped making rotary phones! 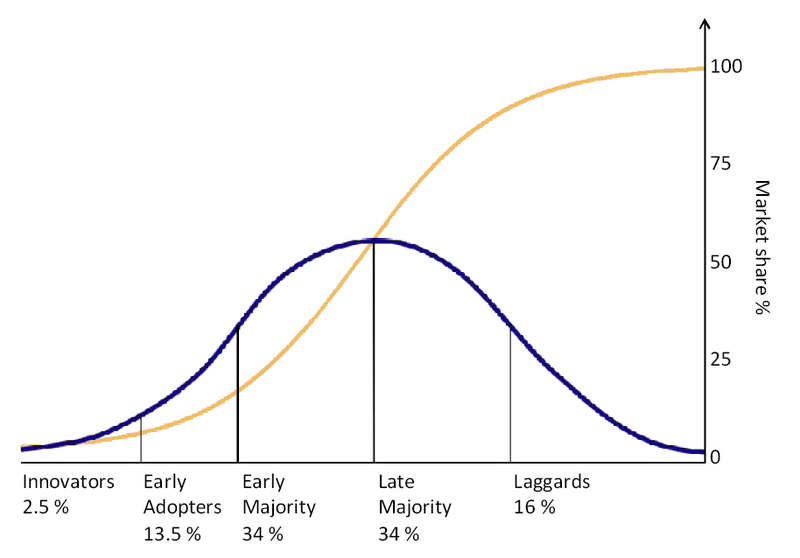 I think this whole Golden Circle idea is life-changing information, not just for doing business but how we live our life too. The concept is so simple and yet so powerful. If we focus on the inside (internal) reasons why we do things instead of the outside (external) reasons, we will find more joy and happiness and ultimately, success and fulfillment.