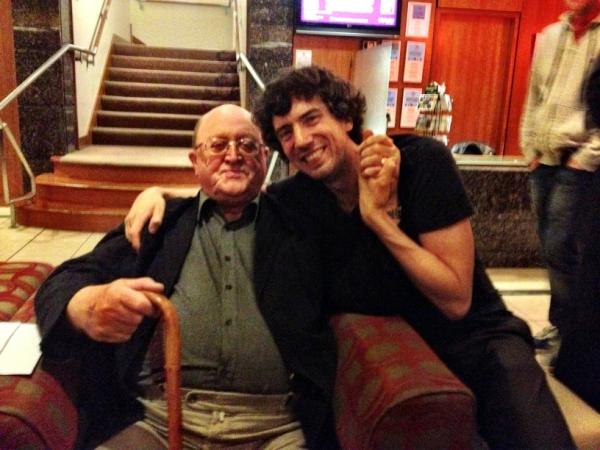 The new song “SOON” by Gary Lightbody of Snow Patrol is a very emotional tribute to his father who’s been diagnosed with dementia. The music video shows the lead singer with his dad looking at old photographs along with many clips of home movies that really captures how precious our time is here on Earth and how fleeting it all truly is.

It’s something special to see a father and son together like this knowing what lies ahead of them.  Gary has talked about the difficulties of watching his beloved father slowly lose his memory and even his own son’s name at times. He knows it’s only going to get worse with time so he decided to write this song and include his dad in the music video. All this has been possible because the singer has also admitted that he had recently become clean and sober and he isn’t afraid of being more open and honest anymore. The new music from Snow Patrol’s new album “WILDNESS” reflects Gary’s renewed sense of self and appreciation of life.

Gary shared how he felt about his old man in another very public way too when he sent this tweet with a photo of him and his father. 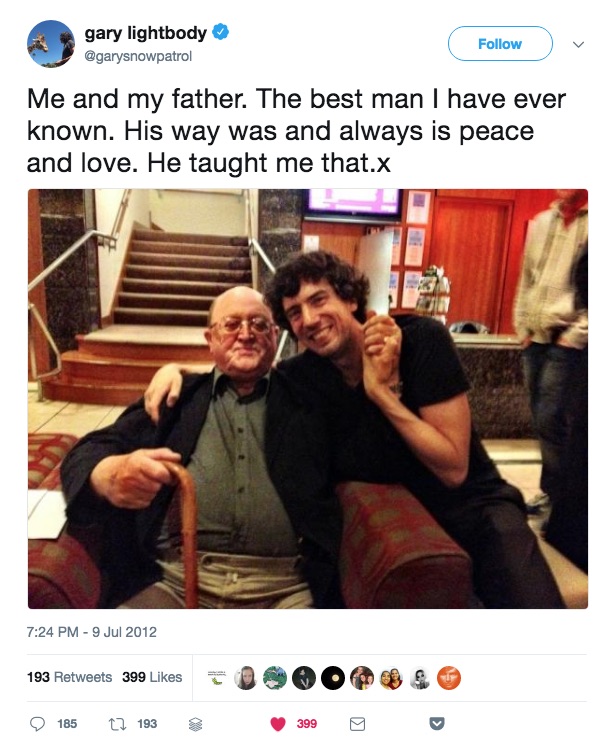 [Verse 1]
Life won’t flash before your eyes
Instead we’ll fall away then melt like snow
The secret storms of your wild youth
Now just gentle breezes, warm and faint

[Bridge]
I can’t ride on your coat tails again
Like I always did as a little boy
We are standing on the home shores now
My whole hand hanging onto your thumb
There’s a place in the palace of you
We can always be standing like that
We could hide in there, just as we were then
Just my father and I am just your son
Your son
Your son
Your son

Here’s Gary and bandmate talking about how they almost broke up and how cleaning up his act saved not only the band but more importantly his life!