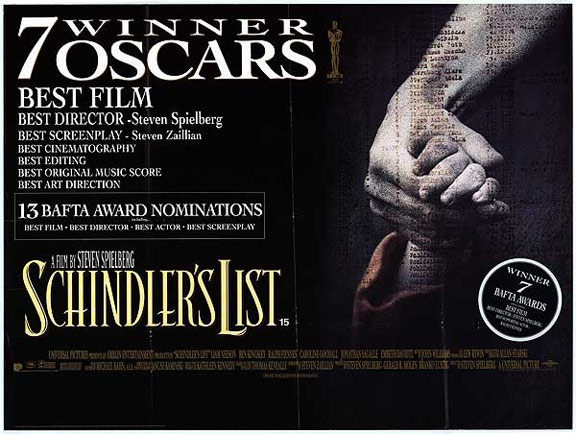 Everyone’s seen Schindler’s List (1993) by now and knows how incredible it is so I won’t go on and on about how important this movie is or how unforgettable it is. There’s no question that this is one of those rare cinematic experiences that you can consider a life changer because it stays with you forever.

Watch this scene near the end of the movie where Oscar Schindler finally realizes the magnitude of what he did and the anguish of knowing he could have done even more had he not been so selfish. It’s an emotionally gripping sequence. The entire movie is that way. It was Stephen Spielberg’s finest moment in a magnificent career. By the way, that very same year (1993) Spielberg had the summer’s biggest blockbuster with Jurassic Park and then ended the year with the Academy Award winning Schindler’s List. No one’s ever had a better year as a director for commercial and artistic achievement and excellence.