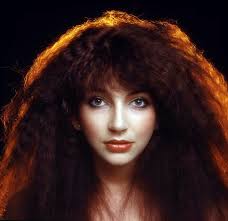 I’ve been a Kate Bush fan ever since she first hit the scene many years ago. She was an original artist to say the least. She combined singing, dancing and theater into her avantgarde performances. It feels good knowing that time has been very kind to her. There are so many artists that love and respect what she did. Checkout the Kate Bush Story which is included in my Youtube video playlist below. It has people like Elton John, Dave Gilmer (Pink Floyd), Peter Gabriel, Tori Amos and many others praising her original brand of music.

I’ve written about Kate Bush’s music before on here such as for her song “This Woman’s Work” and its use in a favorite film, “She’s Having a Baby” and a favorite TV show, “So You Think You Can Dance“.

Besides the documentary, I have a ton of other gems in the playlist such as all of my favorite songs from Kate Bush such as This Woman’s Work, Wuthering Heights, Running Up That Hill and many more. Also included are things like her appearance in 2012 to receive an award.