Eventually, Google will need to make some decisions regarding the way they let people like things if they want to have any consistency across all of their products and services. For example, on its new Google Plus network you can click the plus one button to “Like” something. See image of G+

However, on google’s popular video platform, YouTube, you still see the traditional like button. Notice it also has the dislike (thumbs down) button which is not available on the new G+ network. You can’t give a minus one or negative one to anything, merely +1 or take it back. 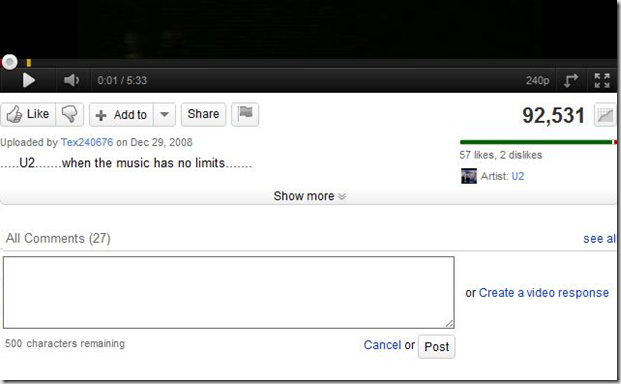 Now let’s take a look at Google Buzz, it’s earlier attempt at social networking. You will also see the “Like” button which becomes an Un-like button once you like something so on this platform (like on G+) you can only like something or take it back. You cannot give a negative vote as on youtube.

Eventually, Google should provide the same methodology in its UI across all of their products. They should also make sure that the information all flows back to its flagship social network which will obviously be Google Plus.

The same decisions regarding consistency should also apply to other functions on each service such as sharing and commenting. If you want to share something on Google Plus you don’t have many choices right now. You can only share it inside of Google Plus. You just have to decide to share it on the public stream for all to see or to one of your curated circles.

Note: There is a third party Chrome extension that allows you to share something to Twitter, Facebook and LinkedIn but I’m addressing built-in features from Google itself. 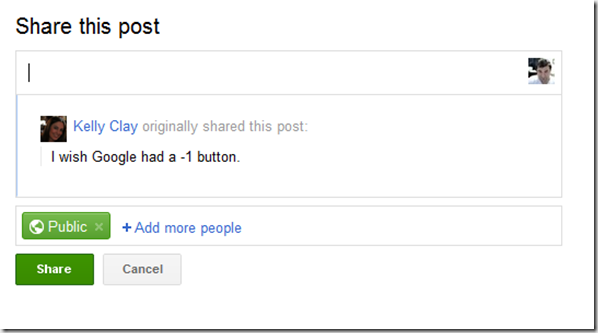 On YouTube you have many more options to share something. You can email it to anyone you want or share it directly on Twitter or Facebook. You can also get the embed code (in some cases anyway) and embed the video on your website. I give Google a plus one for adding its Plus One button to YouTube. Nice job!  Also noteworthy, if you +1 a video on YouTube it will show up in your Google Profile under the +1’s section! However, nothing you +1 inside G+ or in a google search shows up yet. Double boo there.

On Google Buzz you will notice a similarity to Google Plus where you can only share something on Buzz itself. However, they did include the email option which was good.

Adding Your Two Cents Worth

The way Google handles commenting will change for sure too. They must become a model of consistency if they want people to embrace their platform for commenting. Already there are many people who have stated they would be willing to make Google Plus comments their commenting system for their blog. This is a big deal as platforms such as Disqus have spent years integrating with thousands of websites. Facebook comments has slowly replaced Disqus and other commenting systems so it is possible for Google Plus to infiltrate this market if they provide a worthwhile platform.

An important thing to note here is the fact that Google Plus does not thread comments or conversations. It’s very twitter-like which is hard on the eyes and makes following the flow of conversations very difficult. You will see someone responding to a comment way down on the vertical list and have to do a lot of scrolling up and down if you care to make sense of it all. This must be fixed at some point. You can add the person’s name in your comment which helps a little but not really that much. Seeing the comment and then the reply/response just below it makes the most sense. 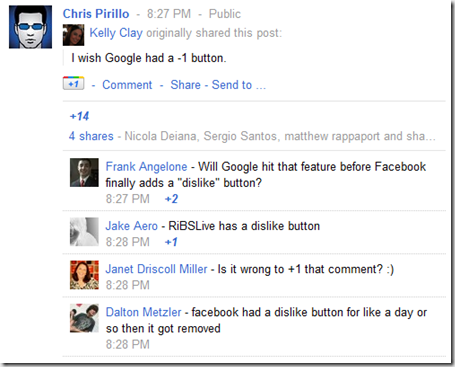 On YouTube, well, no one really reads the troll infested comments on there do they? In any event, let’s compare how it handles commenting. As you can see, simple entry form but they do offer the option to leave a video response which makes sense since it’s a video service. They also display the number of characters remaining for comments (500).

Also worth noting, there’s no threading either. Just a series of comments…no context. 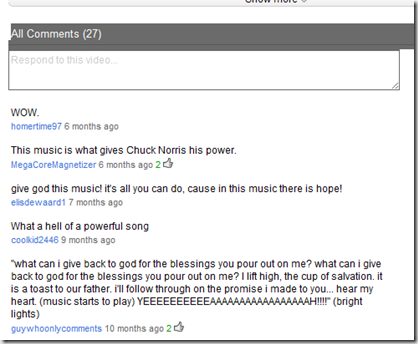 It also does not thread comments or conversations.

Note: Google should have a dedicated tab in Google+ that shows all of the comments we’ve made. Right now it only shows posts we’ve shared on G+, not any of the comments. They should follow the examples by Disqus and BackType which Twitter just acquired.

So there you have it. An examination of the three core functions that Google will need to address at some point across all of its products:

3. How do people comment? They should offer a rich text experience with easy bold/italics formatting and the ability to thread conversations by replying to comments.