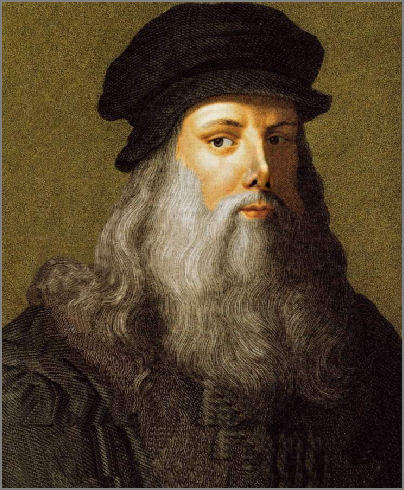 Two of my heroes and greatest inspirations are Michelangelo and Leonardo Da Vinci. I have a strong connection to my fellow Italian countrymen and the Renaissance era. It’s no coincidence that I call this little blog Renaissance 2.0. I have many interests like they did. I love learning new things every day and creating new things in different mediums like they did. I truly believe we are living in the new digital renaissance thanks to the Internet and the mobile web. Technology is allowing great minds to connect and work together (ala Kickstarter) and create amazing innovations and fantastic products. The good news is that it’s only the beginning!

Below is a Da Vinci playlist I created including a special documentary called “The Man Who Wanted to Know Everything”. It not only reveals some little known facts about the master but they actually created some of the inventions he described and tested them! For example, they created the pyramid parachute that he designed long before anyone else and also created the forerunner of the tank that he devised 400 years before they were used in World War I! The results were astounding. I really enjoyed this film. Then again, I love everything about Da Vinci and that time period.

Also included is an excellent piece about the two versions of Mona Lisa. Did you even know there were two versions from Da Vinci?
One that was done earlier than the one we all know and love. The subject was in her 20s in the first version and in her 30s in the well-known edition.