I was going thru my book of invention ideas again and stumbled across two similar ideas for what I called the Laptop Telephone and then the PhoneBook. It was basically the idea of adding phone capabilities to a laptop. The first idea was in 1993 and it was rather simple with the notion of including a headset and mic. 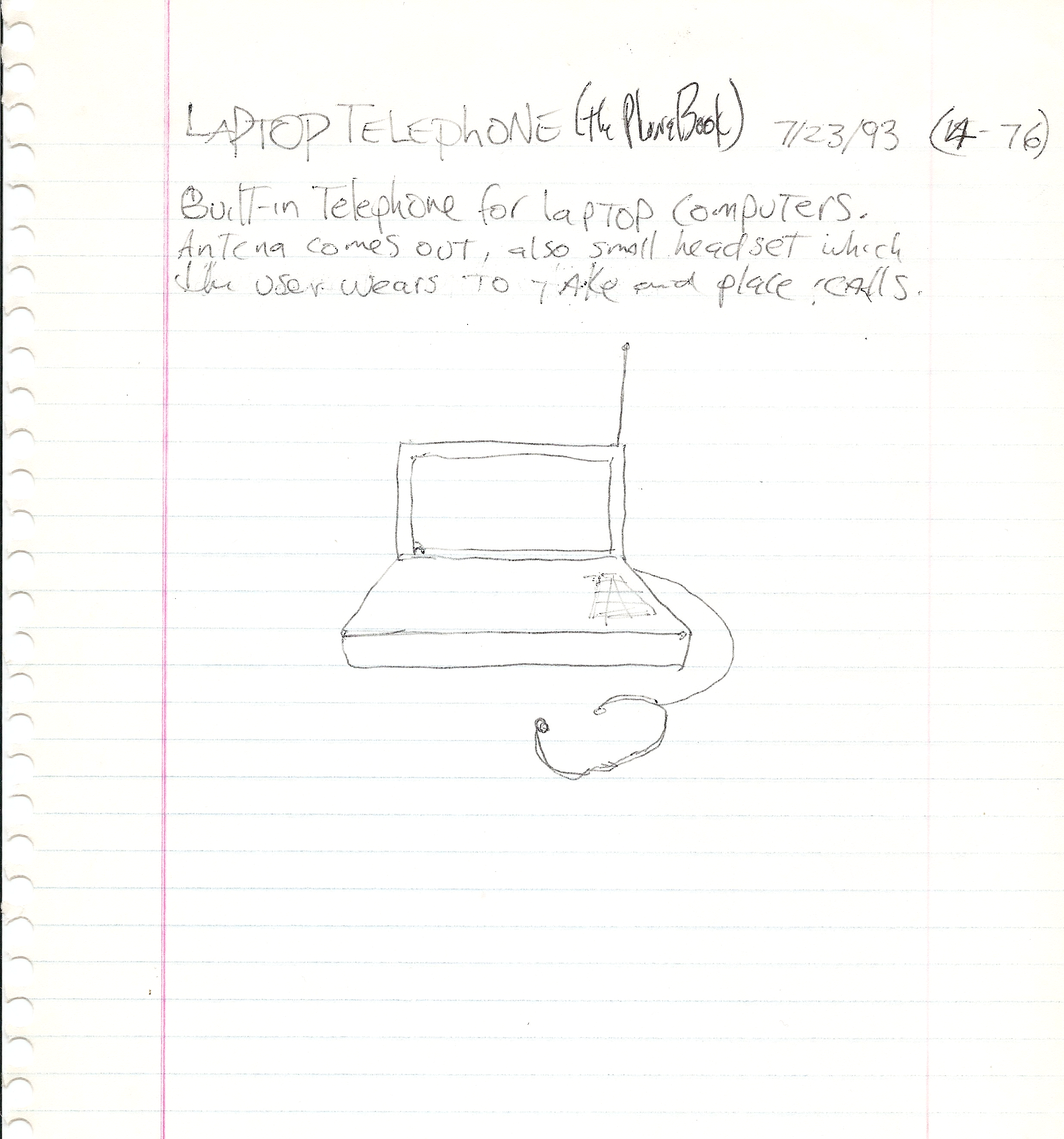 In 1996, three years later, I revisited the idea and added a lot more to it. One of my favorite ideas was the pullout tablet for a pen/stylus. Also like the bay for a cellphone, which was rather novel because it was 1996 which was 11 years before the birth of the iPhone. 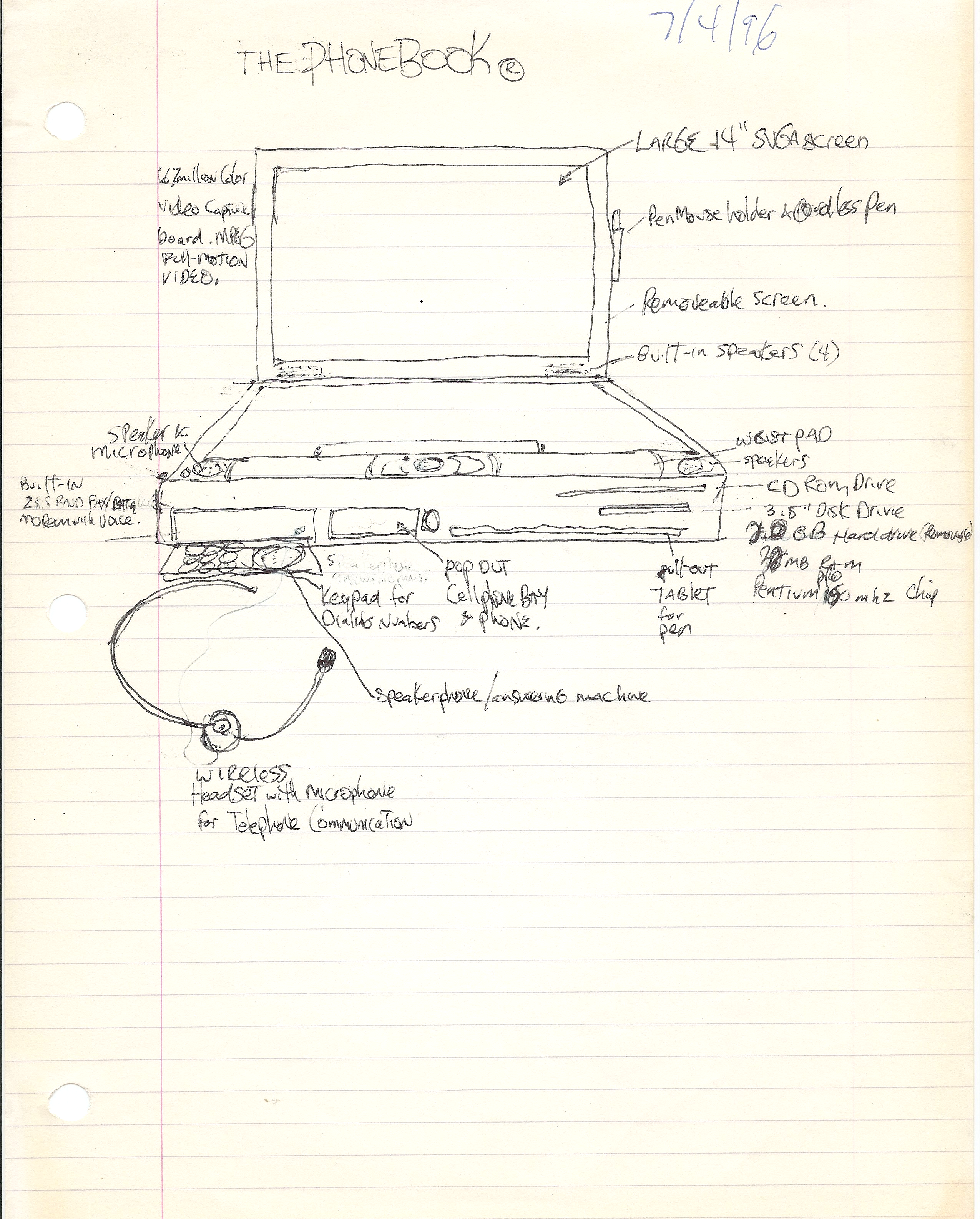