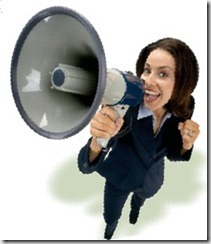 I love when @ChrisBrogan blurts out “You’re doing it wrong” every once in a while on Twitter just as a friendly reminder that there isn’t one right way to do all these social things we’re doing. I think he does it as a reminder for himself more than for us. He’s right too. No matter what we do or how we do it, there will be those that will say we’re doing it wrong because we’re not doing it the same way they are. There are many common sense things that most of us agree with such as not  polluting the tweet stream with endless barrages of promotional spam but there will be many who will disagree with that as well. and so it goes.

I am writing this because I am guilty of being a member of the social media police. I know how stupid it is to ever impose one’s view of how to communicate on social platforms but every once in a while I’ve crossed the line and stuck my nose in somewhere it shouldn’t have been. of course my intentions were good but still, we all have the right to use these platforms the way we want to use them as long as they don’t go against the terms of service for each network and don’t break any crimes.

For example, I was a twitter snob at one point in time. I didn’t mean it to happen but at one point I had a 10 to 1 follower to follow ratio which is very bad. It means I only followed 1 person back out of every 10 that followed me. I don’t know how it happened but one day I realized how out of whack it was and I decided to change it. I decided to follow everyone back that followed me. If it turned out that they were spammers or just not nice, then and only then would I unfollow them. My ratio has quicky improved but it’s still not a 1 to 1 ratio because there are still a bunch of people that still follow me that I didn’t follow back way back when. I know I need to take the time to follow them all back soon. Perhaps I’ll do 10 per day?

Anyway, I mention this because I was being a social hypocrite. I see many people on twitter today with far worse ratios than mine, such as 1000 to 1 or 100,000 to 1 and it baffles the mind. I wonder why they even bother coming to a social network when all they want to do is broadcast. They merely want to shout from their virtual bullhorn and feel like a dictator giving a speech to the huddled masses. It used to irk me to no end but now I’ve come to realize that it doesn’t matter one bit. They aren’t doing it wrong…and I’m not doing it wrong. We’re just doing it the way we want to do it, period.

The old analogy of twitter being like a cocktail party is actually pretty good. It is like a big party and each of us enjoys a party in our own unique way. Some like to be the life of the party and garner as much attention as possible while others prefer to lurk in the shadows and observe from a safe comfortable distance and most like to meet new interesting people and have small groups of conversations. None of those methods are right or wrong, per se. We have the right to mix and mingle or not do it at all. Heck, many choose not to even attend the party and you know what? That’s fine too.

One final note: no matter what you do, in the end, you’re doing it wrong in somebody’s eyes but it doesn’t matter at all as long as it’s your way and you’re enjoying it.