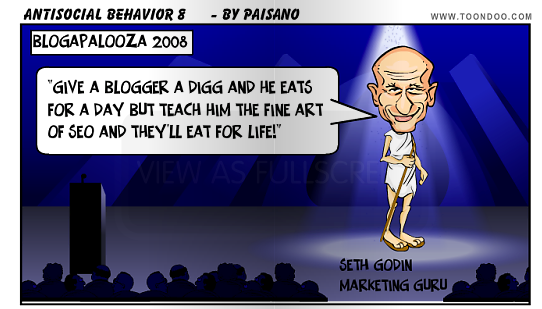 Here’s an interesting sidenote about this comic strip. I showed it to Darren Rowse, A.K.A ProBlogger
to get his opinion of it since he was the original name that I used in this comic and I wanted to make sure that it wasn’t offensive to him in any manner. Well, he confirmed that it was fine and that it didn’t bother him in the least. However, he made an interesting comment when he said “You know, he kinda looks more like Seth Godin”. Well, shoot, I thought. Of course it does! So, off I went to double-check and here’s what I found.

and here’s Seth Godin A.K.A The Marketing Guru (as advertised on his website) next to the comic Seth

By George, I think ProBlogger was right! 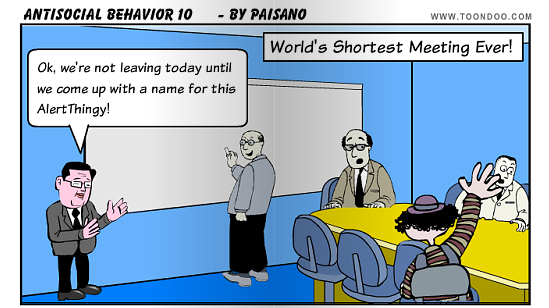