When did the social media age begin officially? It’s a trick question because there isn’t an official start date, much like there isn’t a clear deliniation between Web 1.0 and Web 2.0 (whatever that really meant). However, I find it fun to think about when the online age shifted into the social network and mobile app age. It wasn’t when Facebook launched back in 2004 because it took them several years to even overtake the then king, MySpace. Perhaps we should use Twitter as the poster child for this new age of communication where everyone has become more socially savvy. 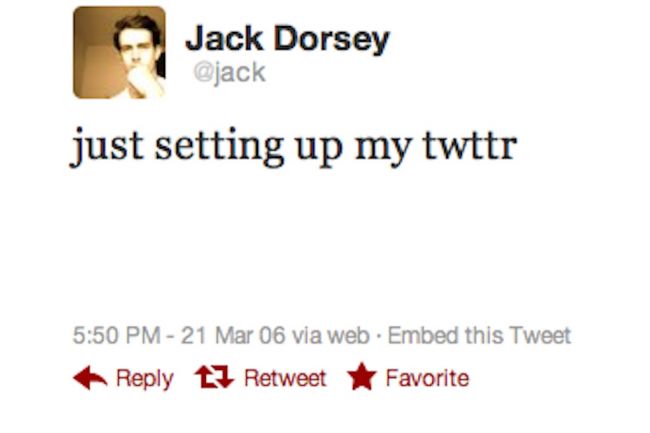 The first official tweet took place on March 21, 2006 when Jack Dorsey published the first Twitter message at 12:50 PM (PST): “just setting up my twttr”. Twitter, then called Twttr, did not open to the public until July 2006 but it did not really gain much attention until South by SouthWest in March 2007 which is when the world started to take notice. Personally, that’s when I learned about it but it wasn’t until the end of the year that I started to use Twitter on a regular basis. Facebook still wasn’t that popular back then…the shift was on.

So, if anyone asked me, and no one has, when did the social media age begin then I would suggest March 22, 2007 when Twitter took SxSw by storm. Some might say we should use Dorsey’s first tweet a year earlier as the AD mark but I disagree because it still remained a blip until the explosive recognition garnered by SxSw 2007. What do you think?

By the way, FourSquare did not explode until SxSw 2009. It is the premier checkin service. Facebook was featured in SxSw 2008 thanks to the Sarah Lacy interview of Mark Zuckerberg which garnered a lot of attention.

What’s in a Name? Technology
Social Enterprise Social Media
Family Site family
Document Your Virtual Machines for Free Technology
Living with Robots Technology
Stop Me if you’ve Herd this one before social networks