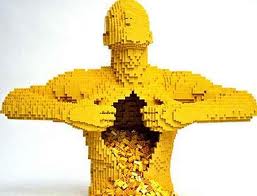 The current trend for web startups seems to be either the “everything but the kitchen sink” or the “aggregation or bust” approach. Sites either try to be your everything (and fail) or they try to manage and aggregate all of your data from other sites (and fail). So many startups have lofty ambitions and delusions of grandeur only to be awakened by the sobering reality that most people don’t want what they are offering.

Less is More
However, some startups hit homeruns every once in a while which keeps everyone’s hope alive. So what do these rare successful services all have in common that separates them from the majority of sites that fail? For one thing, they tend to have a laser-like focus on a particuler niche and service it extremely well. They subscribe to the less is more school of thought. It’s all part of what I call the Modular Web where services become customizable components that can be mashed up with other services. They can snap in to an existing service much like lego blocks.

The key is to provide the best possible service for the targeted niche and make it as easy as possible to implement it. So what are some good examples of this mashable modular web? 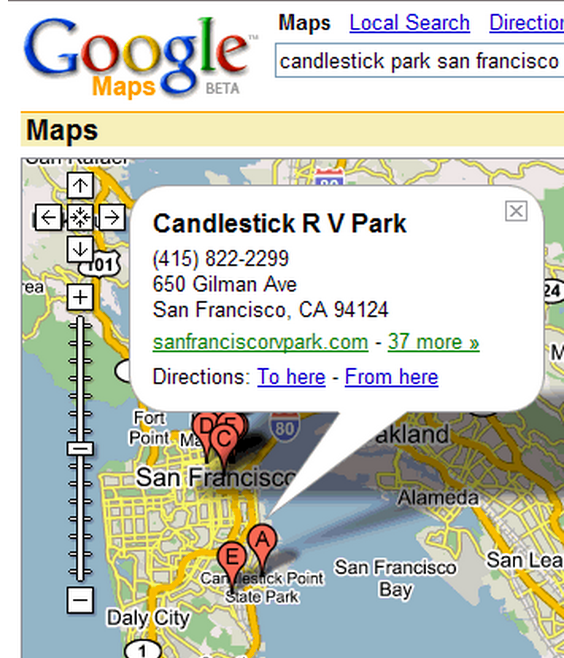 Google Maps is the ultimate example of a modular web app. Nothing has been used as much as this useful service. Countless mash-ups include Google Maps as one of its modules. The primary reason is because it does one thing and does it very well. However, because of its simplicity and ability to work with other services it continues to produce complex and very useful results. 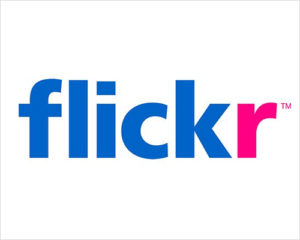 Flickr has done very well as a service for people into photographer and hosting their pictures. Sure, they’ll add some new bells and whistles every now and then but by and large that’s what they do and nobody does it better. The ability to share images and collections has been the secret to their success.

The same is true with other niche services that have achieved mass acceptance such as YouTube which does the same thing as Flickr but for video instead. The formula for success is pretty much the same: Do what you do best and add some new little features every once in a while and change the interface a tad for good measure. No new coke formula, please!

If you consider universal group acceptance as a barometer of success then Twitter belongs in the mix. If your definition of success involves financial matters then we would not include Twitter in this discussion at this time (though few have any doubts that Twitter is headed towards a golden pay day). They serve the micro-blogging community and despite many scaling and performance issues they’ve managed to grow their membership base. They’ve also been able to spread throughout the web thanks to its open platform that allows countless third-parties to develop add-on tools that only helps Twitter in the eyes of its users. Their formula is to serve up their byte-sized (140 character messages) meals and let others add menu items a la carte style.

Divide and Conquer
When it comes to the big picture, it’s sometimes best to think small. Instead of trying to cover the vast casm that is the internet it makes more sense to narrow the scope and concentrate on a detailed zone or target area. Even if it’s a monolithic establishment, it serves them well to carve up their massive organization into smaller teams. They will find it to be more managable and more agile when it comes to productivity. They’ll be able to make decisions quicker and adapter to the ever changing terrain on the fly which is critical with technology. Their ability to remain focussed on their mission is also enhanced by this reduction in size. This nimbleness could very well mean the difference between success or failure. 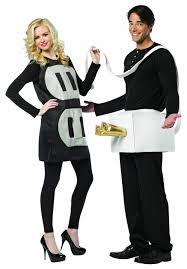 Plaxo is a service that understands what their bread and butter is:  address book management. Yes, they’ve branched out and tried a few other things like the silly greeting card service and their excellent social networking aggregation service called Pulse, but by and large their main reason for being is contact management. At the heart of their service is the address book widget that many other services reply upon to allow its members to access their address books in order to add or invite contacts to the service. It’s a perfect example of what the modular web is all about. All of these other sites didn’t have to develop the component that would allow members to access and manage their address books because they knew that Plaxo had an excellent mechanism available. Plaxo has carved a nice niche in that respect.
Others should strive to emulate this type of service. Concentrate on the core audience that they’re serving and make their solution modular like Plaxo has done so that any other site can plug-in your service to accomplish their tasks and objectives. Make it easy to use and access.

Stop trying to reinvent the Wheel
Too many sites waste valuable time and resources trying to do things that have already been done extremely well. This is not meant to knock innovation, not at all. The point is that in most cases it would be best to focus more on a new way to accomplish something rather than try to fix something that ain’t broken. There are too many things that need improvement to Waste time working on those things that don’t need it. There are also many problems that need solutions which would be a much more productive use of time.

Iphone app developers are enjoying increasing success because they are creating simple solutions for focussed niches. The don’t try to solve the mysteries of life nor do they try to funnel your tidal wave of social networking information. They build a small app to solve a simple need or problem. Web Startups need to take a page from the Iphone app playbook and do the same thing.

Summation
The Modular Web is all about collaboration and integration of services. It’s not wise anymore to be the be-all, end-all entity as in years past. Instead, the mindset should be to focus on a niche and specialize. The goals should be to strive for excellence in a specified area of expertise with great emphasis on making it as simple as possible to work with other systems and services. Ultimately, it’s about giving people options and choices. We will all be able to pick and choose which module or service to plug into our internet experience. It’ll become increasingly easier to create mashups on the fly because of the vast library of web modules that we will have some day.

Lightbulb moments Uncategorized
Virtual Clipboard Freeware
How to Build Your Own Social Network in the Enterprise for Free Enterprise
How to clean your dirty windows Freeware
Your own Private Idaho? Uncategorized
Exporting Everything Out of Google Docs Google