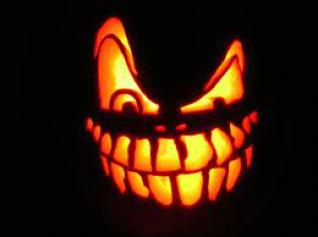 Growing up on the mean streets of Newark, NJ we loved the night before Halloween even more than Halloween itself. That night is known as Mischief Night (some call it Hell Night but we liked the term Mischief because that’s what it was all about).
The most important element for that evening were eggs…yes, as many as we could get too. Many an egg were thrown through the years.

I’ll never forget the cold night when I got whacked in the skull with an egg hurled from a long distance in the pitch black. It made such a horrific sound as it smashed into the side of my head and splattered all over my hear. OK that wasn’t a fond memory but it’s there..part of my yute. So is getting chased by the cops after hurling eggs with some friends. We never got caught but it was close a few times.

Some of my friends liked soaping up car windows but I thought it was lame. Others liked to TP homes and trees…but again, not my bag.
I always think of this night and smile as I remember the bonding we guys did as we ventured into the night. Of course, now that I’m a dad I cringe to think of my kids ever doing what we did…still, they are good memories to me.