Yes, I know how to spell! I was just trying to be cute with the title of this post. Hindsight is indeed 20/20, especially when it comes to web 2.0 startups. There’s no better example than with Twitter, the ultra hot buzzword these days. Let’s take a look back at some reviews of Twitter to see who got it early and those that didn’t.

Leo Laporte made a bold statement 2 years ago when he decided to leave twitter for its chief rival at the time, Jaiku (since purchased by Google and hung out to die on the vine).
Goodbye Twitter, Hello Jaiku! When did you come back, Leo? heh heh

Ross Mayfield from Many 2 Many was close but no cigar in his review of Twttr in which he said “To me its reply-to-all baked in your phone.” However, he gets half credit for this, “If they support MMS and let me send a photo to twttr and CC flickr, it will be a killer app.  But for now, put my SMS’ in a sidebar widget or give me feeds I can splice.”

Almost from day one (July 2006!) Michael Arrington saw the potential of Twitter early on so kudo’s to Mr Techcrunch. It was called Twttr at the time and not even Odeo’s primary service offering. Michael astutely gave Twttr thumbs up and even predicted the failure of Odeo’s main product at the time.

Robert (@Scobleizer) Scoble compared Twitter & Pownce, the pet project from Kevin Rose of Digg in July 2007 and correctly described how and why Twitter was going to be more successful (note, he didn’t say better).

Veronica Belmont (@Veronica) from CNet TV back in May 2007 did this fun Prize Fight between Twitter and Jaiku. It was a heated battle but Twitter won in the final round!

I know it’s not easy to predict which services will make it and which ones won’t. There are many variables that go into these things. Many of the times, the best man doesn’t always win and the better technology doesn’t finish on top. A good example is the BetaMax format vs VHS. All experts will tell you that VHS was inferior but somehow it became the standard and the rest is history. Was Twitter VHS and Jaiku BetaMax? Does it even matter? 🙂

Twitter wasn’t really born in 2006 as they’ll have us believe. That’s when they became available to the public. The germ of the idea (called Status) was born in July 2000.
Here’s more if you’re interested. 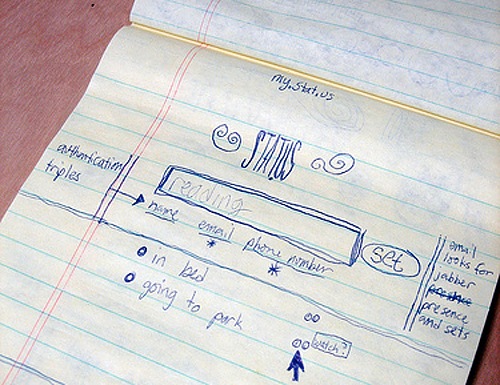