Toon creating services appear to be the hottest trend these days. A whole new crop have sprouted up all of a sudden. Here’s a rundown of the best of breed. Trust me, there are many more that just aren’t as good as these selected services. Many of them just offer the ability to add captions to your photo’s, but the services in this review all let you create a comic strip like we are familiar with from newspapers. Some even allow you to edit existing characters to create your own. All of these services provide the ability to embed your comic strip on your website and share them with others.

ToonDoo appears to offer the most features and generates a wider variety of toon styles. Their online editor is also very easy to use and offers a vast array of objects such as characters, backgrounds, balloon bubbles and more. Their most unique offering is something called a ToonBook which allows you to create a flip book with any of the toons that you’ve created which is pretty slick. Here’s a ToonDoo ToonBook that I created for my I.T. Happens comic series. Here’s a sample strip from the series:

Toonlet is quickly gaining popularity. Their online editor and variety of characters is also very good. Here’s a sample from a friend, Tojosan. Here’s his Flickr Toonlet fan club.

Pixton is another newcomer. Their primary characters are stick figures but they look pretty good. Here’s a lineup of some of their many characters:

BitStrips is the newest toon creating service that has gotten a great deal of attention. The quality of the comics generated are top notch.
Here’s another sample from Tojosan. This is the link to his Flickr BitStrip fan club.

StripGenerator is similar to the others on here only without as large a library of objects or characters.

Comiqs is a little different than the other services in this lineup because they do more of the captioning photographs type of comic strips. However, the reason they are included here is because they do offer the ability to use your own drawings so it can allow you to create and share your own comic strip online like the others. Here’s a video of how it works:

All of these services and any worthy newcomers will be tracked in this public document called Comics 2.0. Come back to it often to see what’s new or what’s changed. These services give everyone a great way to unleash the artist trapped within and easily share our comics with the world. 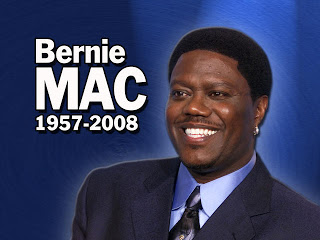