Did anyone watch the wonderful one hour special last night on Dateline NBC on the heroes of flight 93? They were the passengers who decided to overtake the terrorists and crash the plane instead of let them kill thousands more on the ground and perhaps destroy our state capital! They were heroic beyond words and I am always moved when I hear about this story.
I especially feel stirred when I hear about the passenger named Beamer who had two young sons and how his last words were “Let’s Roll!” which is what he always said to his boys when they were ready to go somewhere. Just gets me every time. I am composing a poem called “Let’s Roll” right now in honor of not just this man but all the other heroes on that plane.
I think the wife of Jeremy Glick was also a hero because she told him to be strong and do what’s right. Just amazing how brave and loving some people can be. It is the other side of the coin of humanity. We all know about the dark and evil side, so it is so refreshing to see the bright and shiny side of Mankind. Shine on, people, shine on. 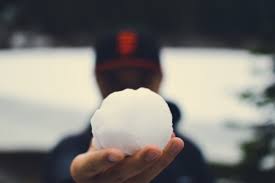