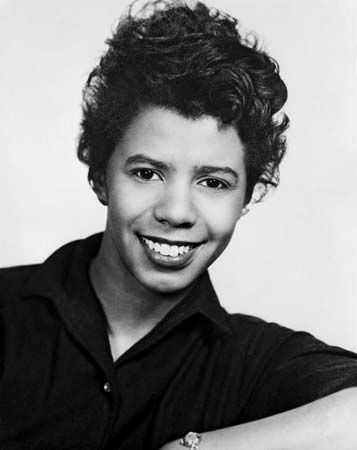 I’ve always been a big fan of Lorraine Hansberry who died much too young at the age of 34 in 1965. She is best known for writing “A Raisin in the Sun” which is a powerful story about a black family moving into a white neighborhood. The play was hugely successful as was the movie starring a young Sidney Portier. While I can never claim to understand what African-Americans experienced in such a situation, I can say that I have an idea of what it must have been like as I grew up in a family considered as foreigners who didn’t belong. Our mom cleaned homes as she learned english and how to drive while raising four boys by herself in a strange new land. Still, no matter how bad we had it on the streets of Newark, I know it was far worse for African-Americans dealing with wide-spread racism everywhere they went. What an incredible story Lorraine forced America and the world to see and feel. I am sure it helped in some way with the movement that was evolving across the land.

I remember how sad I felt when I learned how young this talented voice was when she died. Only 34! What a tragedy as we were all robbed of countless new stories. Still, I am so grateful that she did have her moment in the sun. She did share her gift with the world and it will last forever.

I think she was not only talented but also so brilliant and beautiful too. Her good friend Nina Simone wrote a song about her called “Young, Gifted and Black”. Before there was Maya Angelou or Alice Walker or Oprah there was Lorraine Hansberry who blazed a path for them. Her light did not flame long but what a bright flame it was.