Startups are trying to use gaming techniques in their apps in an effort to make their products more fun and hopefully more addictive. Some of my favorite examples are these two productivity apps – EpicWin and Carrot.

EpicWin is a beautiful task manager built around an RPG. You select your character (my favorite is the “Swarthy Dwarven Toiler”!) and then you level up by accomplishing real world tasks such as washing your car or doing the dishes. It’s an interesting approach to dealing with usually hum drum tasks, wouldn’t you say?

Carrot is called the to do list with a personality and for good reason. It doesn’t just sit there like a dull list of things you’ll never do. Instead, it does everything in its power to get you to get off your ass and get things done. It doesn’t do it with sweet talk or honey either. Instead, it uses snark and sarcasm to motivate you. It seems like the sort of app that Amy would develop if she had to build such an app. 🙂

There have been a few attempts to gamifying chores so that parents can reward their children for taking care of their responsibilities around the house. My favorite one thus far has to be “ChoreMonster” which has a delightful UI and it’s quite user-friendly. The mom and dad can create their own accounts and then they create accounts for each child and then add tasks. They then monitor the chores and reward the children with points. I’m curious to see how many families have tried these types of games and see if it actually encourages the children to do more of their chores. 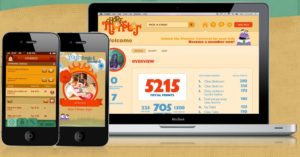 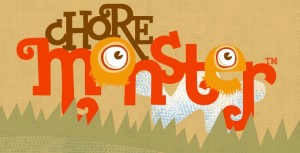 Here are some others that are not anywhere near as interesting as ChoreMonster but they still use gaming techniques to motivate kids to do their chores such as with leader boards, points, stars, etc.

I think we will continue to see many apps and websites continue to use gaming elements in an effort to make their products and services more interesting with the hopes of making it go viral and perhaps addictive. Who says being productive can’t be fun too?